I am so excited!  I keep looking at the stack of books in our office/craft room and grinning.

My proof came in!  I was so excited to see The Little Book of Insurrection… as a hard copy.  But I had so many typos on it, including a huge one on the front cover!  That’s why we get proofs, I guess.

I was more concerned with making sure all the pages were numbered correctly, the illustrations were lined up and set where I wanted them to be, and the table of contents matched the rest of the book that I forgot to double check the verbiage of the poems themselves, even though I retyped them rather than copy and pasted them.  So there are several words where I dropped a letter or two from the end.  I also questioned a couple of word choices and may switch to a different word, but I need to decide definitively what image I’m trying to create.  And finally, I’m tweaking some of the punctuation that I’ve included in the poems.  So much of reading a poem is actually taking it in visually too, so I’m actually considering how it looks on the page as part of the formatting and editing.

I’ve made all my edits (after going through several times) in the proof itself, and now I’m letting them simmer for a couple of days.  Tomorrow I’ll go through and correct the digital files and move forward from there.  Exciting times!

I had an author interview up a few days ago at Workaday Reads.  Please check it out!

For ebook pricing, there seems to be a few different mindsets.  I personally feel that ebooks should be priced with affordability in mind.  I think it’s terrible that some publishers charge the same for an ebook as they do for a print book when production costs are so much lower.  And you never have to order new editions.  Once the digital file is completed, there you go.

And since I am a Virgo, and I love make rules for myself to follow, I have come up with this little chart for myself as a price point for ebooks.  Maybe it will help you.  This is why I am sharing.

And obviously, if I ever wrote an epic of massive proportions, I would continue pricing accordingly.

When it comes to collections, though, I’m not sure how I’d price it.  If I had ten short stories in a collection that I was selling each individually for $.99 but collectively they were still under 100,000 words, I think I would charge more than the $2.99 price point.  That’s a bridge to cross when I get to it though.

How do you determine your pricing?  Do you try to calculate time involved? 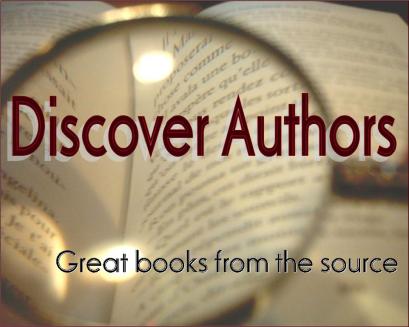 Discover Authors: The Trouble With Rane by Robert Beacham

The Trouble With Rane is an adventure-packed, humorous, science fiction enovella from Robert Beacham. At 18,000 words it’s long enough to get your teeth into but short enough not to demand too much of your time.

Although there’s an earlier short story (available for free here) this is our first proper introduction to Ranger extraordinaire, Ceras Rane – a highly-trained individual whose skills and deductive abilities are only surpassed by his remarkable luck.

We’re quite proud to be a part of Discover Authors blog hop event, where several authors share each other’s works.  It’s a fun trip from one blog to the next over the next ten days where I’ll be sharing posts by the other authors who are participating.

If that hasn’t scared you away, then let me tell you about the story of Inertia.  This series is going to focus mainly on the developing relationship between Skye Crestal, a bad boy shifter and RT Wilmont, a washed up Broadway composer.  They meet in Book One at an out of the way bar where Skye is working his last night before leaving the small desert town for Hollywood and the opportunity of a lifetime.  The rest of the series will follow their adventures in Hollywood and beyond, as well as give glimpses into the stories of the characters around them.

RT is in a downward spiral, at the lowest point of his life.  He is playing at the dive bar as an impersonator of himself, because no one in their right mind would hire the actual RT Wilmont, notorious drunkard and seducer of young men.  Once, playing like this, connecting with the people in the intimate way only a dimly lit bar could provide, was an amazing experience.  But no longer.  RT is ready to end it all.  He intends for this performance to be his last, ever.

But before he can go through with it, two things happen to the older man.  He gets a call from the organization known as the Parliament of Twilight ordering him back to duty after years of quasi-retirement.  And he meets Skye, the bartender who he was hired to play for.

Book One follows Skye and RT on their wild night that starts at the bar and ends in a cheap motel room.  They are irrevocably connected by the end of that first night together, but the world has other plans.  RT is being followed by another Agent of the Parliament and Skye’s master is calling him back to California.  They are torn apart by the promises they made long before met.

But fate just might have a happy ending in store for these star-crossed lovers.

The next book on the tour!

I have started a short story that I plan on releasing for free.  It has a compelling character, a strong first line, and an interesting premise.  But I have NO IDEA if this story will lean towards horror or romance or a classical fairy tale.  And that’s great!  I can allow the story to progress how it wants to.

As an indie author, I don’t have to stress about fitting my stories into a particular mold.  While I care about the marketability of my work, I don’t need to worry about it up front.  I don’t have other people telling me that what I’m writing isn’t selling this year so I need to “tweak” it to be something it was never meant to be.  There is glorious freedom.

I mustn’t let that freedom go to my head, though.