Memorial to Virginia Tech students – image from The Telegraph

As I was searching my old journals for poems and snippets to post when I get busy next week, I came across this section of my morning pages that I wrote riding the city bus to grad school the day after the Virginia Tech massacre.

I want to cry out over it, this society of ours. I want to weep and tear out my hair, to scream and shake people out of their apathy. But I sit on a bus, not making eye contact, with a lump in my throat. And I will shove the tragedy from my mind, and joke and laugh. And behind it all, I’ll feel an empty space in my soul. Another missed opportunity to start the revolution.

Reading this got me thinking about all the moments of violence that have happened in my lifetime and how each has changed me profoundly. And also the media circus that has surrounded each. I mean, America has “lost its innocence” more times than is even possible in my 31 years. By the very definition of the phrase, shouldn’t each individual only lose their innocence once? Or is the naivety of our American culture such that once the dust clears (in some cases literally), we pull a blanket over our heads again? Or is that just human nature? I don’t know. To use the Garden of Eden metaphor, though, humanity doesn’t lose the knowledge it gained by eating the forbidden fruit once they were kicked out of Eden.

For me, the exact moment I lost my innocence was when the Oklahoma City bombing happened. I was twelve. As a precocious twelve year old, I had already read Orwell’s Animal Farm the year before because my older brother had a copy laying around, and I understood it to a large extent. And I knew there were “bad people” in the world that did “bad things”, I knew about war and death, but the Oklahoma City bombing was my first moment of shattering.

I couldn’t believe that someone would target babies and young children. And when I went to my mother sobbing, asking how someone could do such a thing, she had no answer. When I followed it up with “how could God allow this to happen?” for the first time (first of many), she had no answer there either. So this was the moment I was disillusioned of adults having the answers, and the moment I first questioned my religious upbringing. My innocence irrevocably lost. And yes, each time another tragedy struck, I was horrified. Columbine happened on my spring break, and my sister and I watched the live feed. My mother called me in college to turn on the T.V. on 9/11, and I saw the second plane hit. I still don’t think I’ve entirely processed my feelings regarding the Sandy Hook shooting. But I never was able to lull myself back into my innocence after the Oklahoma City bombing.

Life is full of moments that shift you (or should be, at least). Positive and negative moments that force you to grow and evolve. I still try to figure out the why sometimes, because that’s what I do, but I know that I never will know everything. Finding the answers to some questions inevitably only leads to more questions. And, for me, that’s what life is about. I wouldn’t ever want to blindly follow or forget any of the life lessons I’ve learned. 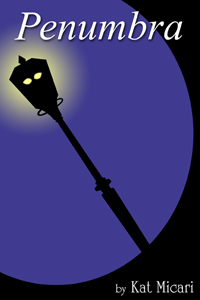